You have no items to compare.

You have no items in your shopping cart.

Product was successfully added to your shopping cart.

Something about OiL You Need to Know

WHY SYNTHETIC OIL IS SO IMPORTANT 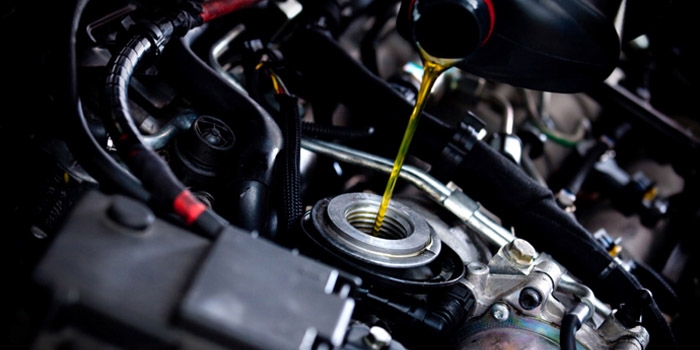 There are a bunch of reasons why this is the case, really. Conventional oil tends to thicken at low temperatures, making it harder for it to reach the upper end of the engine and valvetrain on cold days—and those first few seconds after startup are crucial for any engine. Conversely, conventional oil thins out at extreme heat, compromising its engine protection in summer. Synthetic, on the other hand, is much more stable at the molecular level and retains the same viscosity and pour properties across a wide range of temperatures.

The advantages don't end there. Synthetic oil is better when it comes to shear strength, which refers to the point at which molecules can be torn apart at extreme pressures. In addition, it's "greener," since it's produced in a lab rather than from fossil fuels that are extracted from the ground. Synthetic oil is also less prone to sludge buildup on crucial internal parts and can go longer between oil change intervals, which helps ease the sting of its higher price.

Today's engines are specifically designed to run best on synthetic oil, and most call for low-viscosity oil to help cut down on drag and squeeze more efficiency out of the engine.

It's not just for new cars, though. At one time, rumor had it that you couldn't switch to synthetic in an older engine without developing leaks around gaskets and seals, or that you couldn't change back to conventional oil again if you did. That's all rubbish—you can use synthetic if you want, and switch back and forth all you want.

Best of all, like all emerging technologies, synthetic oil has dropped considerably in cost in the last couple of years. Maybe now the better question is: Why wouldn't you want to run on synthetic oil in your engine?

The weather can have a significant effect on the oil in your engine. In this video, Ben will discuss these effects and try to demonstrate them- with the least scientific means possible.

DISCLAIMER- This contents of this video represent our opinions. Before changing oils we recommend that you seek a professional opinion.

Special thanks to Mark and Casey for helping us film! Couldn’t have done it without you guys.

Music by The French Connection.